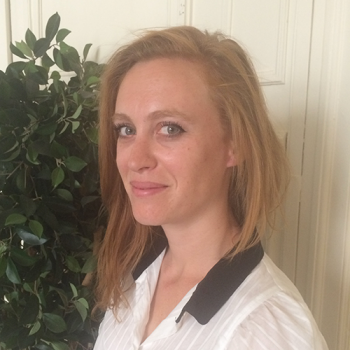 LOU was born in Paris, but she grew up in the South of France and studied Art History for 7 years at the university of Toulouse. 6 years ago, she decided to move back to the capital which offers a great artistic and cultural life. In 2014, she graduated to become a licensed guide.

She likes to introduce people to the richness of Versailles and of France in general. Her guided visits are well documented and she is flexible to fit your wishes. Her goal is to give fine informations to the curious while keeping it amusing, and work on different subjects in order to satisfy the most adventurous clients looking for unknown artistic treasures.

Lou will make you feel at home at Versailles, telling the stories of its most glorious times, from the Sun King’s reign to the French Revolution. She knows every secrets about the castle and its gardens and she will make sure you see all the best parts. Explore and enjoy !

Tell us about your “favorite” anecdote concerning the Sun King?

The Royal Fistula. Please, note that this anecdote may touch the sensitive persons…

King Louis XIV was medically checked every morning by his doctors. In the beginning of the year 1686, at the age of 48, he started complaining about a sore lump in his Royal bum. All these informations are carefully described in the daily record of the King’s health.

At that time, personal hygiene was not sophisticated : physicians said that water carried diseases into the body through the skin and it was not usual to take a bath. People preferred to wash quickly their body using a wet cloth or rubbed down with perfume or alcohol.

The fistula developed and soon the King could no longer ride a horse or sit comfortably on the throne. Multiple medical treatments were unsuccessful, so the King decided to get a medical operation. At this time, surgery often led to death, and it was performed by barbers, who also did blood-letting and teeth extraction.

The barber-surgeon Felix asked for months to prepare the operation. He trained on prisoners and Felix developed a « royally curved » scalpel.

Lou, tell us about your favorite place in Versailles Palace

17th century European painting and sculpture is one of her favorite moments in art history. It is a time when some great artists rose and transformed art: Caravaggio, Rubens, Rembrandt, Vermeer, Velazquez… It is also a time when they were no borders within Europe for artists who could feed themselves from one another.

What are the tours that Lou run ?

if you are keen to know more about the extravagant life and personality of France’s last Queen, this is the tour for you.

A perfect taster to Versailles if you are short of time or if you are a first time visitor.

A true hidden gem! A magical place that inspired the construction of the Palace of Versailles. Come with us to see for yourself how the King of France found himself a rival. The largest, still inhabited private estate in France, Vaux le Vicomte will not disappoint.

Residence of the French King before becoming a Museum, who wouldn’t have heard of the most famous art Museum in the world? But with this tour, you will discover a more hidden history of this grandiose landmark. Plus, view and interpret our selection of the best artefacts found at the Museum.

Captivating art, impressive history, stunning gardens! Enjoy this and even more with this special tour, visiting two of the most alluring places in France. Learn about Monet & the Impressionist art movement in Giverny then immerse in the life of the French Monarchs in Versailles.